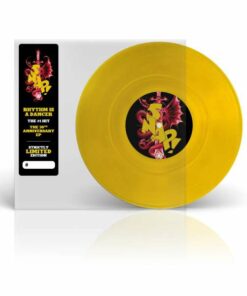 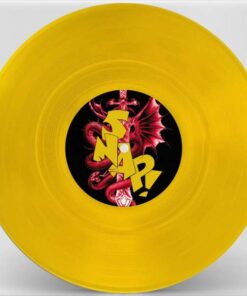 Who doesn’t remember these legendary lines? The synth sound, the drum echo at the beginning, the pounding beat and the use of vocals with the words “Rhythm Is A Dancer”?

On March 30, 1992, Snap!’s Eurodance anthem “Rhythm Is A Dancer” was released. Within a few weeks, the song went around the world and climbed to No. 1 on the singles charts in numerous countries. Originally not intended for a single release, the track was released only a few days earlier, on March 24, as part of the album “The Madman’s Return”. The album reached platinum status in no time.

Frankfurt-based producer duo Michael Münzing and Luca Anzilotti, aka Benito Benites and John “Virgo” Garrett III, launched Snap! in 1989 and were instrumental in kicking off the Eurodance wave starting in 1992 with “Rhythm Is A Dancer.” The hype still reverberates today and not a day goes by without the catchy tune.

On the occasion of the 30th anniversary, the 30th Anniversary 10″ EP is released on sunny yellow vinyl (45rpm) with the 7″ edits of “Rhythm Is A Dancer”, “Exterimnate”, “The Power” and “Ooops up”.