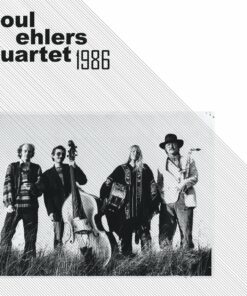 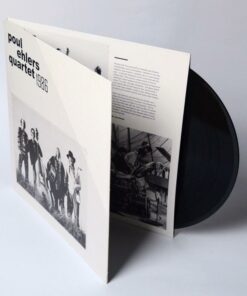 Poul Ehlers, who passed away in August 2019, is considered a giant in Danish Jazz. He was awarded Danish Jazz musician of the year in 1970 and created the legendary orchestra BLUE SUN.

Ehlers was mostly known as bassist and composer. This project, however, uniquely shows us Ehlers as pianist. He started the project in early 1984, outlining the musical direction to bassist Misi Detreköy and drummer Lene Christoffersen. Detreköy writes in the liner notes that Ehlers’ idea was “Merging the sound and aural integrity of the modern Jazz combo with traditional tonal parameters of European music, by playing defined forms in (implicit) time, but without fixed measures.”

In 1985, Bo Jacobsen (alto saxophone) completed the band that would go on for a good five years, performing to responsive audiences. As Bo writes in the liner notes: “Playing with Poul was built on intensity and intuition, concentration and contemplation. (…) There was an undercurrent in Poul of wanting to reach deeper into the innermost essence of music.”

Listening to this record now, 35 years later, one can clearly hear these qualities. Right from the start, the music has a strong drive, pushes forward without adhering to a fixed grid. It is melodious, uncaged, intuitive, boiling with energy, spiralling into a trancelike state. As drummer Christoffersen writes in the liner notes: “These golden moments where the music becomes one – liberated from the individual in its own life – grows and spreads out – multi rhythmically, multidimensional and at one with the open listener”. This historical recording is a treasure from the Danish Jazz scene finally available to us after all these years.