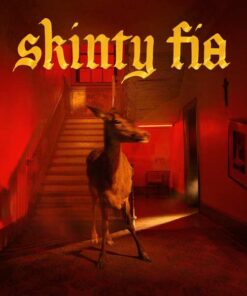 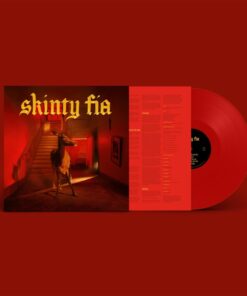 With their first album, “Dogrel,” 2019 Fontaines D.C. were compared to bands like Idles as post-punk revival hopefuls from Ireland. Their debut immediately reached the Top 10 of the British charts. The Dublin band’s second album earned 2020 number two in the U.K., nominations at the Grammys, Brit Awards and Ivor Novello Awards, and sold-out concerts, for example at the famous Alexandra Palace in London.

The title, a colloquial Irish swear word, translates roughly as “damnation of the deer.” However, the spelling has been anglicized and the meaning diluted over generations.

Fontaines D.C. recorded ten new songs for “Skinty Fia” together with their producer Dan Carey, in which they call their homeland Ireland, their own identity into focus. “It’s about being Irish and expressing that in London, and what you can take away to feel connected to your homeland. We’ve really tried to hold on to the things that made us Irish. There’s a certain sentimentality when you’re sitting in an Irish pub in London, surrounded by other Irish people, and it’s 4 a.m. and the lights go out and you half-remember those old songs. On the other hand, there’s also something somber and a little bleak about it.”

Somber is also the first single of the record, the song “Jackie Down The Line”, in which singer Grian Chatten sings extremely melancholy about the failure of a relationship.

“Part bittersweet romance, part somber political triumph, the songs ultimately form a love letter from afar, lamenting an increasingly privatized culture in danger of going the way of the extinct Irish giant deer,” according to a description by the band.